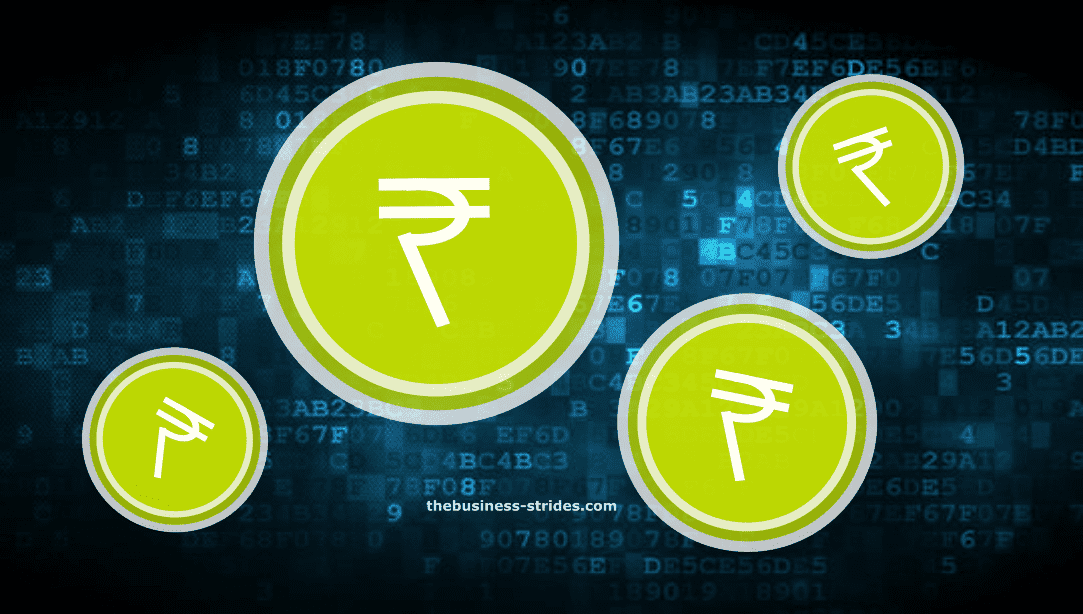 Ever since The Indian Government has proposed launching its own Central Bank Digital Currency or Digital Rupee there has been a lot of curiosity about What is Digital Rupee? That India’s Central Bank RBI is racing to introduce by the end of 2023. The RBI had recently introduced a concept Note in moth of October as a part of the pilot launch of the Digital Rupee.

What is Digital Rupee?

The Reserve Bank of India (RBI) will introduce a Central Bank Digital Currency (CBDC) orDigital Rupee in 2022-23. the Digital Rupee is a blockchain-based digital currency that is designed to be used in India.

Digital rupee is a blockchain-based currency that can be used to make payments, transfer money, and store wealth. It was created by the Indian government in order to reduce the cost of remittances and increase financial inclusion in India.

Digital rupee blockchain based currency that can be used to make payments, transfer money, and store wealth.

Digital Rupees will be similar to physical banknotes, and users will be able to convert the currency into digital tokens that can be stored in a digital wallet (similar to NEFT, IMPS and common fiat currencies). The tokens can then be transferred to other wallets or used as a regular currency to make online payments. For example, paying rent, shopping, transfer money to bank A/c etc.

Is Digital Rupee backed by government of India?

Central Bank Digital Currency (CBDC) or Digital Rupee is a digital currency that is designed and backed by the Central Bank of Government of India. It is a regulated by the Reserve Bank of India and will be accepted as a legal tender. CBDCs would appear as liability on a central bank’s balance sheet.

The Government of India and the RBI has defined CBDC as a legal tender issued by a central bank but in a form of digital currency. It’s value would be equal to sovereign paper currency and exchangeable at par with the physical Indian currency and it will be accepted as a mode of payment, legal tender and will have a safe storage value.

Digital Rupee has been designed with a purpose of providing citizens with a digital currency that can be used for day-to-day transactions, which will help in reducing the country’s dependence on cash.

The Digital Rupee is also an attempt to limit the printing of physical currency in India in order to reduce the country’s dependence on cash and also prevent counterfeit of Indian currency, curb down on corruption and prevent money laundering and terror financing.

The digital rupee will use the blockchain technology, which is how it’s able to be used in multiple countries.

The digital rupee can be used to make transactions and payments without any transaction fees or charges. It will managed by Google in partnership with National Payments Corporation of India (NPCI).

Digital Rupee is not a cryptocurrency. It is a token that can be used as a currency to buy and sell goods and services. It is backed by Indian Rupee, which means that it has the value of 1 Indian Rupee for every Digital Rupee.

On the other hand, A cryptocurrency is a is a type of decentralized digital currency that uses cryptography for security and can be used to buy and sell goods. “Cryptocurrency” and “bitcoin” are often used interchangeably, even though bitcoin is only one of many cryptocurrencies. Bitcoin, Ethereum are some popular cryptocurrencies used worldwide.

How is the Digital rupee different from UPI payments?

The main purpose for the introduction of Central Bank Digital Currency (CBDC) is to have a more efficient and cheaper currency management system.

There is a significance difference between the Digital Rupee and UPI payments.

Unlike a central bank digital payment system, such as CBDC (Central Bank Digital Currency), UPI and IMPS money transfer systems require that there is physical money (or equivalent) backing the transfer. Settlement is usually made on a day-to-day basis by the transacting banks with the RBI.

It is different than that of UPI in which each bank has their own clearing house.

Are Crypto Currency and Digital currency the future of money?

Digital currency is the future of money. It’s fast, secure, and can be transferred to anyone in the world. Since Digital currency as a form of money exists only in digital form and can be transferred electronically. This means that it has no physical representation. Digital currencies use cryptography, the process of converting information into an unreadable format so that only intended parties can read the message, to regulate the creation and transfer of money to ensure that counterfeiting does not take place.

Bitcoin, for example, is the most popular and widely transacted digital currency or crypto-currency in the world which can be transferred via the internet. Bitcoin uses a peer-to-peer payment system that doesn’t require any central authority or bank to operate. It also allows for anonymous transactions between buyers and sellers without having to provide any personal information like names or addresses. Other different types of digital currencies in use are, Ethereum, Tether, Binance and Terra (LUNA) etc.

What are the Advantages of Digital Rupee or CBDC

The main advantage of digital rupee is that it can be transferred from one person to another without any third party intermediary like banks.

Experts predict that a digital rupee will lead to increased transparency and efficiency. The platform uses blockchain technology, which is an immutable and transparent database that tracks transactions in real-time.

The digital rupee will allow transactions to be settled in real-time, thus saving a lot of time and also will also save on the transportation cost.

Unlike other cryptocurrencies, which are risky and decentralised the digital rupee is created and backed by the Reserve Bank of India which is the central bank of India as and when it is issued.

Digital Rupee won’t wear out due to wear and tear or become lost – so they’re more safe than currency notes.

It will also lead to Swift and seamless transfer of money for cross-border transactions.

Digital Rupee can also easily be tracked by the government thus reducing and eliminating the chance of money laundering.

Central banks are exploring the use of digital currencies to reduce costs and increase efficiency.

Central Banks created centralized digital currencies or CBDCs. These are created on private blockchains that are also a centralized networks with private keys thus they are completely safe and secured.

Unlike cryptocurrencies like Bitcoins which is a decentralized digital currency with no central authority and not physically backed up by any real assets or securities.

Digital Rupee is a CBDC backed by the Reserve bank of India (RBI) and is backed with physical currency Indian Rupee Note on par value. Thus Digital Rupee is completely safe and secured.

Do Checkout Our Popular Post’s

Hello Readers! My name is Ravi Bhoir, and I am the Founder and Author of this website Thebusiness-Strides.com. I, along with my team of content creators are dedicated towards bring for you the best quality of content on start-ups, entrepreneurship and personal finance. 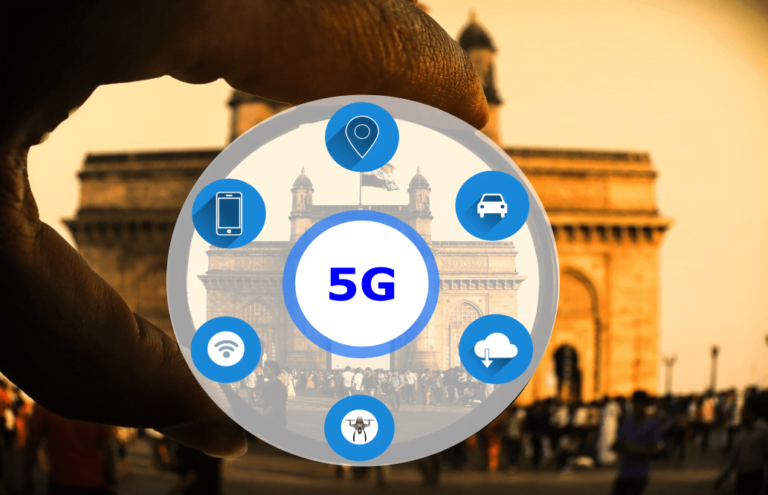 Please Share this Post Introduction: What is 5G? 5G is the next-generation telecommunications standard, which uses high frequency radio waves to transmit data at a rate of 1 gigabit per second. It uses frequencies between 28GHz and 300GHz, which are able to transmit faster speeds than 4G LTE. 5G in India is the next generation…

We use cookies on our website to give you the most relevant experience by remembering your preferences and repeat visits. By clicking “Accept All”, you consent to the use of ALL the cookies. However, you may visit "Cookie Settings" to provide a controlled consent.
Cookie SettingsAccept All
Manage consent

This website uses cookies to improve your experience while you navigate through the website. Out of these, the cookies that are categorized as necessary are stored on your browser as they are essential for the working of basic functionalities of the website. We also use third-party cookies that help us analyze and understand how you use this website. These cookies will be stored in your browser only with your consent. You also have the option to opt-out of these cookies. But opting out of some of these cookies may affect your browsing experience.
Necessary Always Enabled
Necessary cookies are absolutely essential for the website to function properly. These cookies ensure basic functionalities and security features of the website, anonymously.
Functional
Functional cookies help to perform certain functionalities like sharing the content of the website on social media platforms, collect feedbacks, and other third-party features.
Performance
Performance cookies are used to understand and analyze the key performance indexes of the website which helps in delivering a better user experience for the visitors.
Analytics
Analytical cookies are used to understand how visitors interact with the website. These cookies help provide information on metrics the number of visitors, bounce rate, traffic source, etc.
Advertisement
Advertisement cookies are used to provide visitors with relevant ads and marketing campaigns. These cookies track visitors across websites and collect information to provide customized ads.
Others
Other uncategorized cookies are those that are being analyzed and have not been classified into a category as yet.
SAVE & ACCEPT